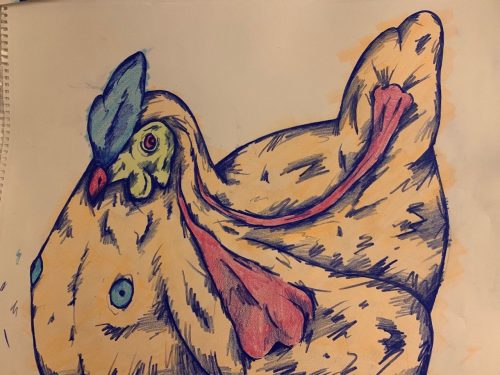 Dakota is a Los Angeles-based artist. He uses drawings, paintings, and installations to create animal-human hybrids that explore rural yet fantastical, queer identities. Originally from Bismarck, North Dakota, he graduated with a BFA in Visual Arts in 2015 from the University of North Dakota. In 2017, he received an MFA from Claremont Graduate University. Noot continues to show in both North Dakota and Los Angeles, including solo shows at Highways Performance Space and MuzeuMM. He has exhibited in group shows at Charlie James Gallery, Shoshana Wayne Gallery, and the “Queer Biennial: What if Utopia” at LAST Projects. His series of “Meat Market” drawing-installations have been shown at Cerritos College Art Gallery, Eastside International, and Otis College. He is currently an Adjunct Professor at Oxnard College and Orange Coast College. Noot is a participant in the 2019 TAM FORUM. He was the key artist for the 2018 Slamdance Film Festival.