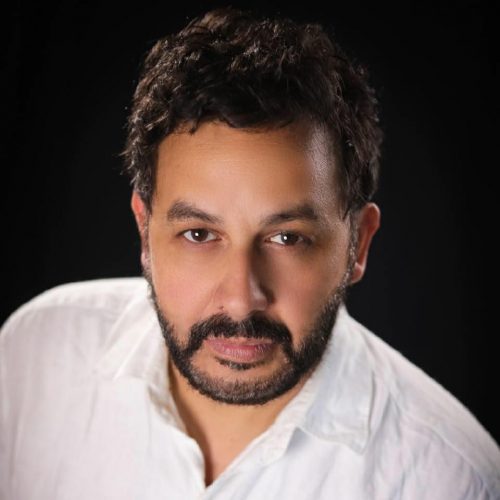 Los Angeles native Marcus Kuiland-Nazario is an artist, curator and producer who is a 30 year veteran of the LA art and performance scenes. Marcus was on the producing team for last year's Aint I A Womxn?. He is a founding artist and or co founder of: Viva! the nation’s first Latino Gay and Lesbian Arts Organization, The 18th Street Arts Center, Highways Performance Space, Clean Needles Now, Max 10 Performance Lab and Oficina de Proyectos Culturales, in Puerto Vallarta, Mexico. Kuiland-Nazario was also a co director of Crazyspace, a time based performance gallery. His performance works have been included in national and international festivals, including the Rapture Festival at the ICA London, and the Rompeforma Festival in San Juan, Puerto Rico. In Los Angeles, Kuiland-Nazario has performed at LACE, Human Resources,The Mark Taper Forum, USC, LACMA, UCLA, Track 16, REDCAT, Highways Performance Space, and many underground/night club/alternative sites including the streets. He has also a contributing writer at the LA WEEKLY. He is an artist in residence at The 18th Street Arts Center and at work on a project titled MACHO STEREO, an interdisciplinary work looking at the relationship between men and their fathers. Currently, he is curating public programs for Forging Territories: Queer Afro and Latinx Contemporary Art curated by Ruben Esparza at the San Diego Art Institute. His favorite holiday is day of the dead - you can check out people's death wishes here (and share yours): www.everydayisdayofthedead.com